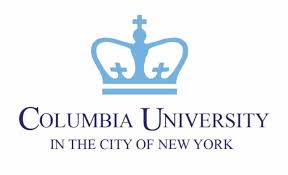 Join the IIJS for a screening of “Complicit,” the award-winning film about the S.S. St Louis, followed by a conversation with Sonja Geismar and Eva Wiener, survivors of the St. Louis, moderated by filmmaker and director, Robert Krakow.

Space is limited, so RSVPs required to iijs@columbia.edu no later than November 6. 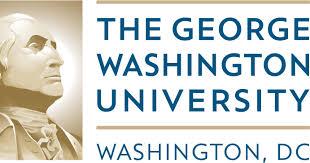 GWU Hosts Event to Commemorate 75 Years Since Liberation of Auschwitz

On Sunday January 26th, the Rohr Chabad Center for Jewish Life at GW held a screening of a Holocaust documentary followed by a Question & Answer session with survivors to commemorate 75th anniversary of the liberation of Aushwitz-Birkenau by the Russian army on January 27th, 1945.

Held in a packed auditorium, the event opened with a screening of “Complicit,” a film produced by Robert Krakow, about the infamous story of the St. Louis, a German ship carrying 937 Jews attempting to escape Nazi atrocities which was refused entry by several countries, including the United States. While 27 of those passengers were permitted entry into Cuba, the ship was tragically sent back to Germany where most of the remaining passengers ultimately perished in the Holocaust.

Attended by students as well as several dignitaries, the film screening was followed by a Q&A in which four survivors of the St Louis answered questions from the audience. The survivors also announced a proclamation they had written demanding that the U.S. and all countries involved in the incident publicly take responsibility, and issue a formal apology.

Rabbi Steiner of the Rohr Chabad Center explained that his intention behind organizing this event was to get GW students as close as possible to the Holocaust on the 75th anniversary of the liberation. “The best way to do that was to have [the students] hear directly from the survivors themselves. I wanted to give the students an opportunity to touch history and come face-to-face with the tragedy of the Holocaust. As the number of survivors continues to dwindle, this opportunity becomes more and more scarce, so it is imperative that we do this now.”

Program on the SS St. Louis

On Tuesday, October 18, 2011, our team (US Dept. of State – Special Envoy to Combat Anti-Semitism) attended an event, “Voyage of SS St. Louis and its Impact on the Roosevelt Legacy,” hosted by Georgetown University’s Program for Jewish Civilization. Robert Krakow, playwright, and fill in director’s name, presented excerpts from Krakow’s play about the trial of President Franklin Delano Roosevelt, with testimony from other notable actors from history, shining the spotlight on the Roosevelt Administration’s handling of the Jewish refugee issue, including the ill-fated voyage of the SS St. Louis.

Complicit examines the odyssey of the SS St. Louis, which set sail from Germany in 1939 with hundreds of Jewish refugees fleeing the Nazis. Complicit explores the refusal of Cuba, U.S. and Canada to grant safe haven to the Jewish refugees on board the SS St; Louis. This act became a symbol of the world’s indifference. This film’s timeless message demonstrates that wherever ani-semitism has gone unchecked, the persecution of others has been present or not far behind.

The Holocaust Resource Center of Buffalo and Buffalo State’s museum studies program have partnered to bring an informative and heart-stretching exhibition to Buffalo. The exhibition, Witnesses: Buffalo’s Holocaust-Era Stories, is installed in Butler Library and is open to the public during the month of November. 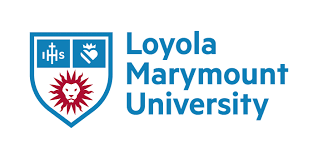 The Refugee Crisis of 1939: U.S. Policy in the Face of Nazism

The rise of Adolf Hitler and Nazi Germany forced thousands of Jews to flee Germany before and during the Second World War. Those Jewish refugees from Germany aboard the SS St. Louis desperately made their way to America only to be turned away by the Roosevelt Administration in 1939. This special screening of the film Complicit explores this untold account and features interviews of some of these refugees who later returned to the United States. Following the screening, several panelists, including survivors from the SS St. Louis, will speak. This event is hosted by the Center for Global Migration Studies, and co-sponsored by the Nathan and Jeannette Miller Center for Historical Studies, and the Meyerhoff Center for Jewish Studies.

Surviving the “Voyage of the Damned”: a SS St. Louis Survivor’s Account

Monday, November 4, 2019, 6:30 – 9pm
Location Hassenfeld Conference Center
Room Lurias
Event sponsor(s) Center for German and European Studies (CGES)
Registration/Access information Free and open to the public. RSVP online.
Link www.brandeis.edu…
In commemoration of the Nazi pogrom known as “Kristallnacht” of November 9, 1939, CGES invites you to join us for a conversation with SS St.Louis passenger and survivor Dr Hans Fisher. We will also be showing a clip from Robert M.Krakow’s documentary Complicit.

The SS St.Louis sailed from Germany to Cuba with 937 mostly Jewish passengers on board in May 1939 – only to be refused entry in Cuba, the United States, and Canada. Upon its return to Europe, 254 of the passengers were later murdered in the Holocaust.

It’s an episode that cuts to critical questions of American law and justice. Why, in 1939, was a shipload of German Jews not granted refuge? Why were they turned away by this country, turned back to Europe, where nearly a third of them would die in the Holocaust? The leaders of the SS St. Louis Legacy Project and a St. Louis survivor look back on a tragic moment in American history. 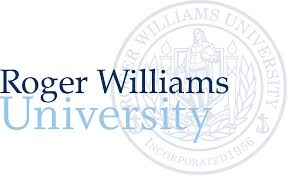 WEDNESDAY NOVEMBER 12th: IMMUTABLE MEMORIES: The Jewish Experience And The Holocaust. Introduced by the Rev. Nancy Hamlin Soukup, RWU Multifaith Chaplain Complicit | Directed by: Michael Schwartz | 61 min. | USA | 2014 On September 24, 2012, at the direction of Secretary of State Hillary Clinton, Deputy Secretary William Burns, issued the first ever apology to the surviving passengers of the Jewish refugee ship, SS St Louis. The St. Louis left the Hamburg, Germany on May 13, 1939, bound for Havana, Cuba, and seeking refuge from Nazi tyranny. Upon arriving in Havana in late May 1939, the passengers were refused entry into Cuba. The captain of the luxury liner, Gustav Schroeder, turned northward and steered the vessel to within sight of the Miami coastline where he and the passengers formally pleaded with President Franklin D. Roosevelt and the State Department to grant them safe harbor and freedom from the Nazi web of terror. The US refused and the ship was forced to return to Europe where many of the passengers perished in the Auschwitz death camp. The story became a symbol of America and Canada’s indifference to the plight of the Jews suffering under Hitler. The documentary explores the political backstory of why Roosevelt and Secretary of State Cordell Hull refused to grant safe harbor to the passengers thus giving them a death sentence when they returned to Europe. The documentary incorporates segments of the State Department ceremony including scenes from The Trial of Franklin D. Roosevelt. The film also includes archival footage of the ship’s voyage as well as never before seen interviews with the surviving p 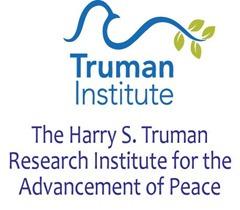 JERUSALEM (AP) — While the European refugee crisis has captured the world’s attention, Sol Messinger is one of the few who can personally relate to the harrowing images of desperate families fleeing to safety by sea.

The 84-year-old retired pathologist from Buffalo was aboard the SS St. Louis, the famed trans-Atlantic liner carrying nearly 1,000 Jewish refugees from Germany in 1939 that was rejected by the United States and Cuba and forced to return to Europe. More than a quarter of the passengers ultimately perished in Nazi death camps and the ship’s saga became a symbol of Western indifference toward the victims of Nazi persecution. 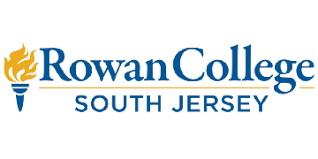 The movie documents why the Roosevelt Administration denied safe haven to Jewish refugees.

Rowan College at Burlington County will host a free showing of “Complicit,” the untold story of why the Roosevelt Administration denied safe haven to Jewish refugees, on Tuesday, June 7, 7 p.m., in the Enterprise Center, 300 College Circle, Route 38 and Hartford Road in Mount Laurel.

The movie will be shown in partnership with the Goodwin Holocaust Museum and Education Center in Cherry Hill.

The JCRC’s Goodwin Holocaust Museum and Education Center (GHMEC) recently partnered with Rowan College at Burlington County to screen the film “Complicit: The Untold Story of Why the Roosevelt Administration Denied Safe Haven to Jewish Refugees.” The film documents the ship, the S.S. St. Louis, which in 1939, embarked from Hamburg, Germany, for Havana, Cuba in order to escape the impending European war. The refugees were denied entry into the U.S., and the St. Louis was forced to sail back to Europe where many passengers took refuge across the continent while others fell victim to the Holocaust.

“Complicit” The Untold Story of Why the Roosevelt Administration Denied safe Haven to Jewish Refugees Aboard the S.S.. St. Louis”

The Trial of Franklin D. Roosevelt

The saga of the SS St. Louis is one of the most significant and symbolic events in the Holocaust and American history and speaks to the contemporary issues of ethics, social justice, immigration, human rights, refugee policy and anti-Semitism. A reception will follow the play. Archival exhibits from the voyage, including the original Senate Resolution 111 that was signed in 2009 by the survivors, will also be on display.