Passengers of the SS St. Louis are Remembered at Annual Kristallnacht Commemoration 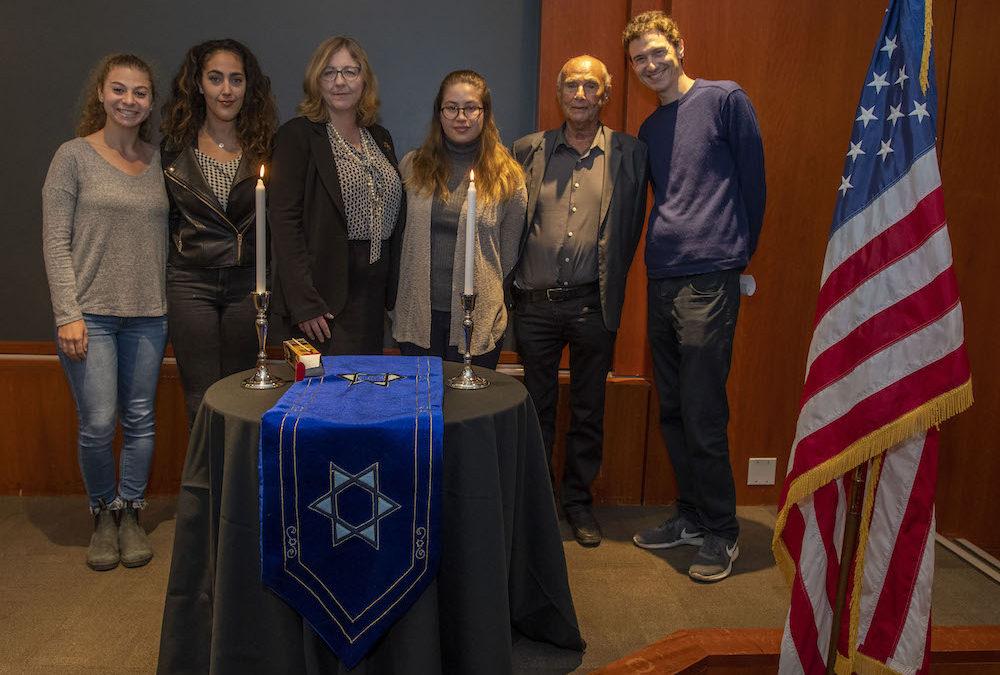 After having their homes broken into, their synagogues set on fire, and their store windows smashed, more than 900 German Jews boarded the SS St. Louis in May 1939 with the intention of finding safety in the Americas. However, their hopes of escaping persecution were ultimately shattered when Cuban officials couldn’t accept their visas. The SS St. Louis then sailed to southern Florida, seeking refuge in the United States, only to be rejected again. As a result, passengers took refuge in various European countries, where 254 of the 900 passengers eventually perished in the Holocaust.

This series of events, also known as the “Voyage of the Damned“, has inspired Krakow’s film “Complicit.” The film tells the story of how the Franklin D. Roosevelt administration refused aid to the Jewish refugees aboard the SS St. Louis, and features several interviews with the refugees themselves. Along with depicting the suffering of the passengers aboard the ship, Krakow also delves into the reasoning behind Roosevelt’s decision, which was allegedly influenced by his fight for reelection and desire to placate anti-Semitic contingencies in the U.S.

The commemoration began with a somber performance of the Star-Spangled Banner, and concluded with a moving conversation between Krakow and survivor Thomas Jacobson. The night also featured a candle lighting ceremony in remembrance of Kristallnacht, and  a student-curated exhibition, in collaboration with the David Labkovski Project, showcasing Holocaust art and information.