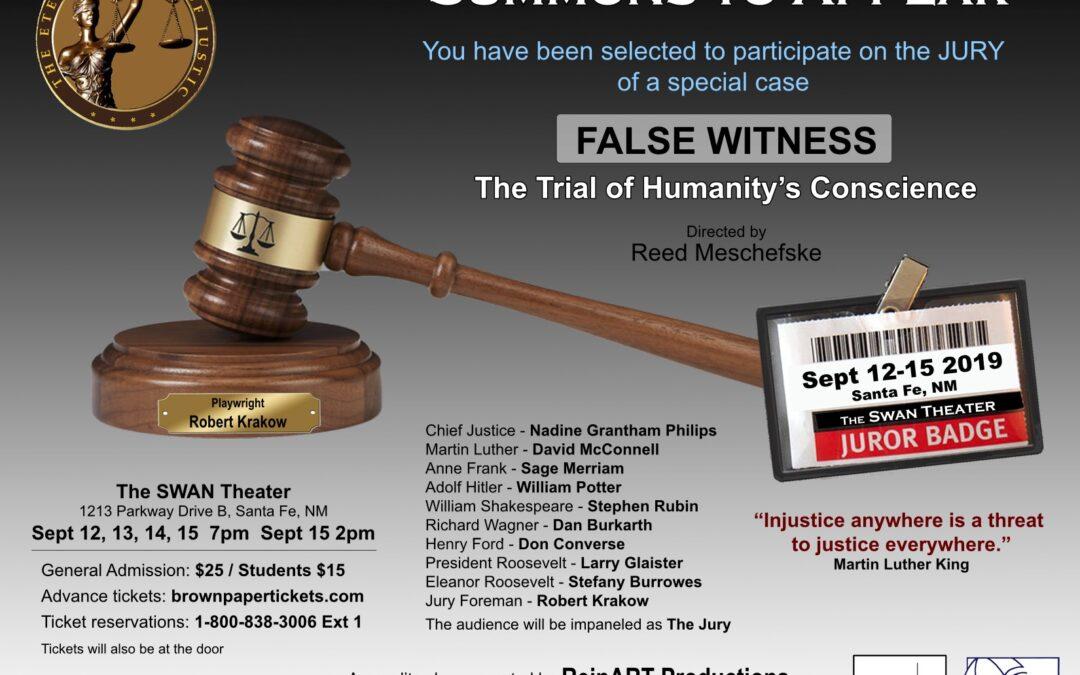 The False Witness is a penetrating insight that reflects past injustices and the contemporary relevance of religious intolerances, racism, immigration, global dictatorships, and fears of rising fascism.

The play is an original morality research-based theatrical drama set in the fictitious Eternal Court of Justice courtroom. Adolf Hitler is being brought before this criminal court due to his affiliation with the persecution and murder known as the Holocaust. It questions our right to solely blame the Holocaust to Hitler and his Third Reich and also challenges the conventional wisdom on who is to blame for the perceived Jewish threat to western civilization. Part courtroom drama and part history lesson, this interactive performance in which the audience is sworn in as the jury brings a virtual who’s who of anti-semitic personalities including Adolf Hitler, played by actor William Potter, who is on the stand in an effort to ascertain just who bears final responsibility for the Holocaust.

The unique historical witnesses for the Defense on trial include Richard Wagner, performed by Jonah Winn-Lenetsky, Stephen Rubin as William Shakespeare, Don Converse as Henry Ford, and Larry Glaister as President Franklin D. Roosevelt. The role of Eleanor Roosevelt will feature Stefany Burrowes.

Martin Luther, played by David McConnell, acts as the Counsel for the Defense and Anne Frank as the Prosecutor, performed by teen actor Sage Merriam. The Chief Justice, performed by Nadine Grantham Philips, presides firmly and maintains order while weighing the evidence from both sides, knowing that what is at stake is the moral foundation of the world.

The audience impaneled as the jury will participate through a post-production discussion on the verdict with Robert Krakow, who acts as the Jury Foreman. “My objective was not only to present Hitler on trial but the trial of Germany, Christianity, and mankind.” 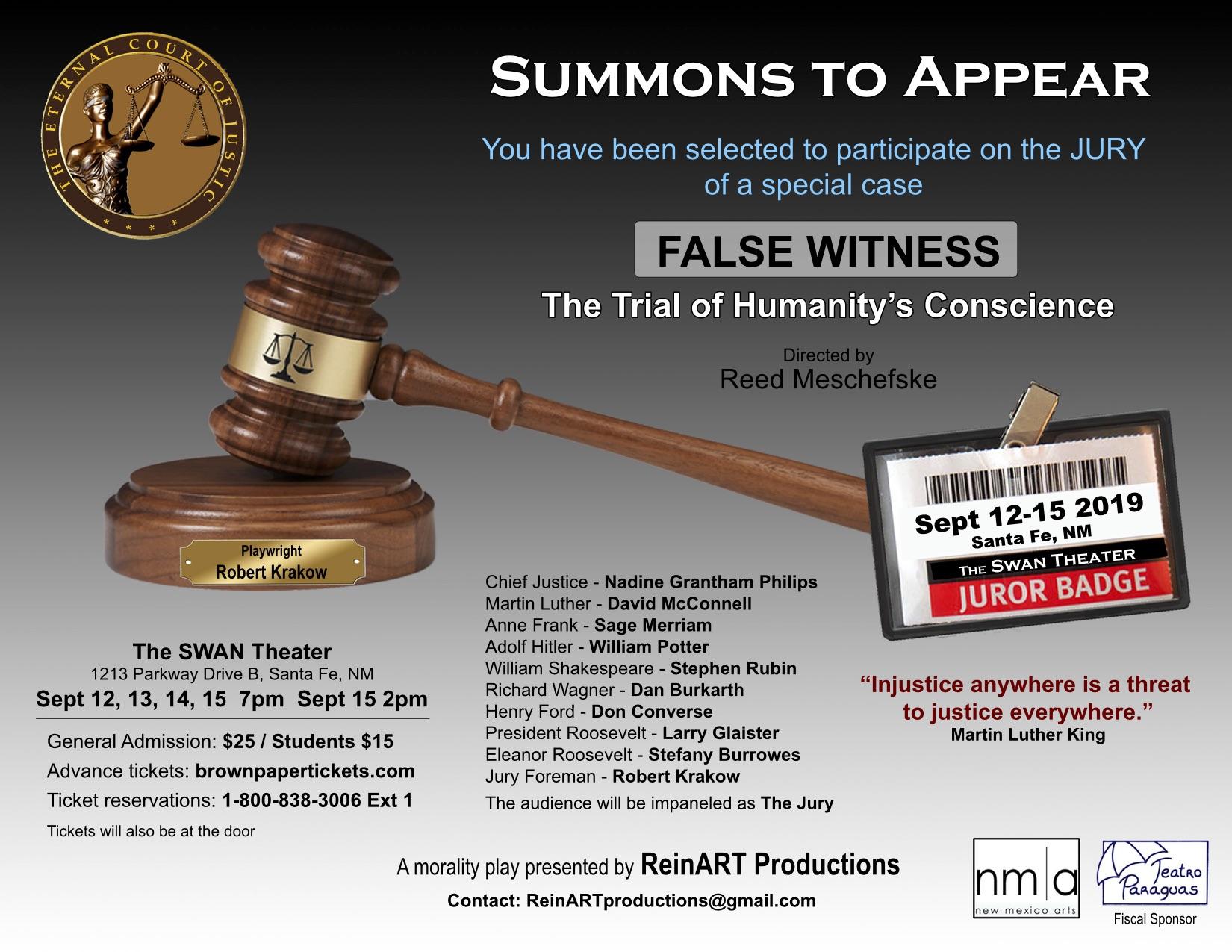