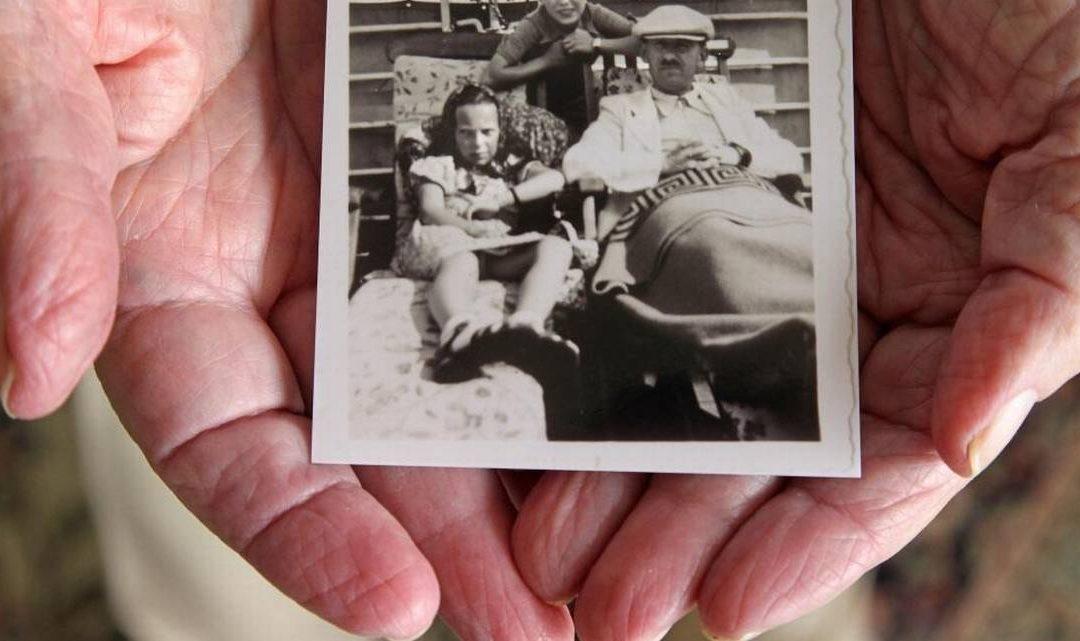 It would become known, with heartbreak and infamy, as the Voyage of the Damned. Seventy-six years ago, an ocean liner carrying more than 900 Jewish refugees fleeing Adolf Hitler’s Germany hovered aimlessly for 72 hours just a couple of miles off the Florida coast while Jewish leaders in Washington frantically begged President Franklin D. Roosevelt to let the passengers into the United States. “So near, and yet so far,” one passenger murmured to her husband as they watched traffic darting about Miami Beach.

Farther than she even guessed. Roosevelt said no, and the SS St. Louis sailed back to Europe, where World War II was just weeks away. Many of the passengers would fall back into the hands of the Nazis they were trying to escape. About 250 of them did not survive the war.

The decision to turn away the St. Louis was a grotesquely ugly moment in American history, one for which Congress and the U.S. State Department would eventually apologize. Now the governors of 26 states are urging President Barack Obama to turn away another group of refugees, 10,000 people fleeing the civil war in Syria. So: Is this another St. Louis moment?

“Not at all,” declares Herbert Karliner, a retired Aventura baker who was aboard the St. Louis the day the United States sent it packing and lost most of his family as a result. “You can’t compare this to the St. Louis, not at all. … No one doubted who we were, people trying to get away from Hitler. But these people from Syria, I’m afraid some of them could be troublemakers.”

A thousand miles north, in Neptune, New Jersey, one of Karliner’s former shipmates, retired Defense Department budget analyst Eva Weiner, disagrees, at least a little bit. “The situations are comparable,” she says. “However, we are living in a different time today. I’m not saying deny them all entry, but we must be cautious. … A blanket statement either way is totally wrong, I think.”

The St. Louis has become a rhetorical touchstone in the fierce debate over the Syrian refugees, which erupted after last week’s murderous attacks in Paris by radical Muslim terrorists. Critics of Obama’s plan to bring them to the United States say refugee status could easily be used to mask terrorist sleeper cells.

As evidence, they cite the fact that at least one of the Paris terrorists apparently carried a forged Syrian passport used by a refugee to enter Greece in October. Whether the terrorist is the man who used the passport, or it’s just a false trail left to confuse authorities, is still unknown.

But supporters of the Obama policy argue that refusing the refugees is a dumbfounding and unforgivable repetition of the callous decision to send so many of the St. Louis passengers to their graves. “Today’s 3-year-old Syrian orphan, it seems, is 1939’s German Jewish child,” wrote one Washington Post columnist earlier this week.

Among survivors of the St. Louis and scholars who have studied the incident, there are differing opinions about drawing parallels between the world of 1939 and the one of 2015. But even those who see a congruence in the two agree that there are important differences.

“The blood lines are pretty clear in the case of Germany,” says Robert Krakow, executive director of the Boca Raton-based SS St. Louis Legacy Project. “The Nazis are coming for the Jews to kill them or incarcerate them. In the case of the Syrian refugees, it’s more blurred, because we don’t know, person by person, who is aligned to who. … The factionalism of that area of the world is almost impossible to define.

“So, the lines are blurred. But where they converge is human suffering.”

The St. Louis left Hamburg, Germany, on May 13, 1939, bound for Cuba. Many of them had decided to flee Germany after the night of Nazi rioting known as Kristallnacht for all the broken glass in Jewish shops and homes.

Thousands of Jewish men — including the fathers of Karliner and Weiner — had been rounded up after Kristallnacht and sent to concentration camps. They were released only when they promised to leave Germany within six months, not easy in a world where the high unemployment of the Great Depression — still lingering in 1939 — had triggered almost universal immigration crackdowns.

Cuba, where public officials were making fortunes selling immigration documents, was an exception. But by the time the vessel arrived two weeks later, the country was being rocked by a corruption scandal — stirred up in part, researchers would later discover, by German intelligence agents in Havana — and the government allowed only about two dozen passengers to come ashore, including one who had attempted suicide.

The rest stayed aboard for the ill-fated trip to Florida. When first the United States and then Canada rejected them and the ship headed back to Europe, a few staged a half-hearted and short-lived attempt at mutiny, and many others forged a mutual suicide pact. They backed down only when the ship’s sympathetic captain, Gustav Schröder, promised them he would scuttle the ship in British waters rather than return them to Germany.

“If we hadn’t gotten lucky and been sent to England, I wouldn’t be talking to you now,” says the 76-year-old Weiner.

“Poll after poll at that time showed that 40 percent of the American public had anti-Semitic attitudes,” says Stuart E. Eizenstat, who held senior policy positions in the Carter and Clinton administrations and is now Obama’s special advisor for Holocaust issues. “It was not the United States of today. Many universities, and many professions, had Jewish quotas to limit their numbers. Jews were not popular, and that was a factor for Roosevelt.”

Adds Weiner: “Nobody on the St. Louis was a threat to anyone else. The passengers were well-educated, they had a lot of money — it was a luxury liner, they had to have money to afford the tickets. They weren’t rejected because they were going to hurt anybody.”

Eizenstat, who has closely studied the U.S. government’s handling of the St. Louis, understands the concern about terrorists posing as refugees. He nonetheless thinks the problem can be overcome, citing two much bigger influxes of refugees from hostile regions: the hundreds of thousands of Vietnamese who came to the United States after the communist victory in South Vietnam in 1975, and the more than 100,000 Cubans who came during the 1980 Mariel boatlift.

“In both those cases, we set up screening centers and we weeded out the people who might have been spies or government agents,” he said. “In the case of the Vietnamese, in particular, the North Vietnamese and Viet Cong were serious, hard-core — well, we didn’t use the word terrorists, but that’s what they were. But we kept them out. We can do that with the Syrians, too. I have confidence in the FBI and CIA and Homeland Security.”

“We worried about it, because we were paid to worry about it,” says Raymond Batvinis, a former FBI agent who participated in the Mariel screening, who now teaches at George Washington University and has written two books on the bureau’s counterintelligence operations. “There were some people about whom we for sure had suspicions. But in the end, at least to my knowledge, we never found anyone who was a Castro spy.”

However, Batvinis thinks that worries about spies or terrorists disguised as refugees are quite sensible. And if there weren’t any spies among the St. Louis passengers, he adds, it probably wasn’t for lack of the Nazis trying. “They certainly used refugees to spy in the United States,” he says. At least four German refugees — two of them Jewish — surrendered to the FBI as soon as they arrived, confessing that they had been coerced into working for the Nazis. A fifth, who didn’t turn himself in, was caught, convicted and sent to prison.

The possibility of terrorist sleeper agents is not the only difference St. Louis survivors see between themselves and the Syrians. While Germany was changing rapidly under Hitler, they say, refugees fleeing the country were fundamentally products of western democracy. The Syrians are not, and they don’t want to play by the rules of western liberalism, but change them.

“By the time I got here, after the end of the war, I had $5 in my pocket,” says Karliner, 89. “I got a job, learned the language, and more than anything else, I wanted to be a good American citizen. I got drafted and sent to Korea, and I wasn’t very happy about it, but I knew I had to do my duty like everybody else.

“The United States was made by refugees, who came and worked hard. But on these refugees from Muslim countries, I’m not too keen. Everywhere they’ve gone, there’s been trouble. Bombs in Spain, bombs in England, bombs in France. It’s not all of them, I know. But there are some we’re going to have trouble with.”