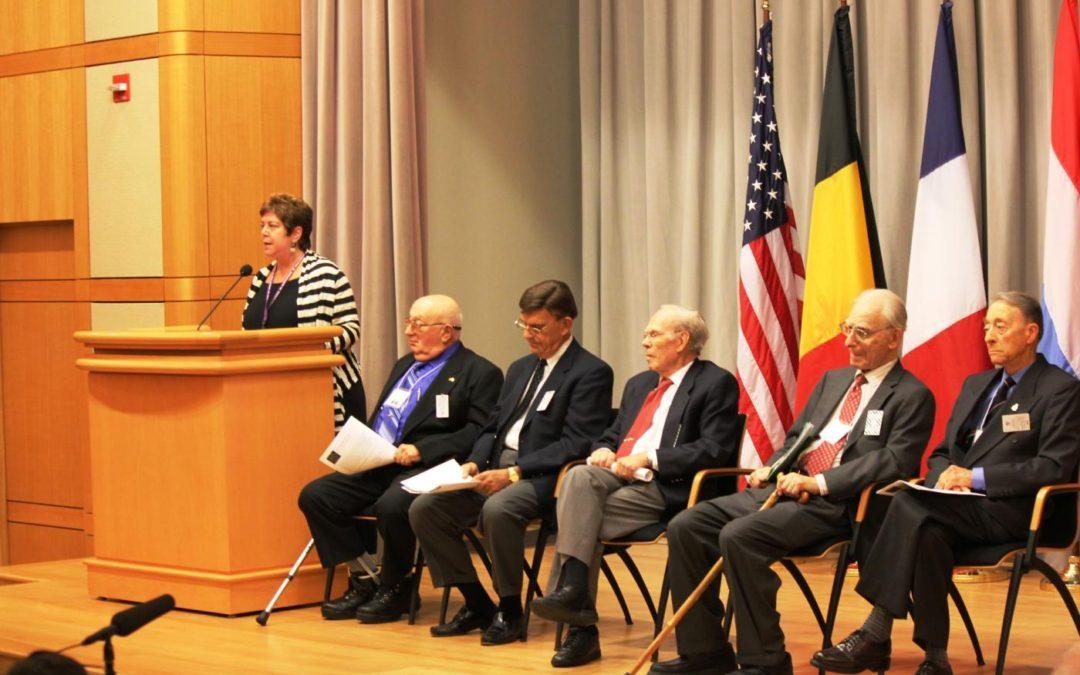 WASHINGTON – In 1939,a ship carrying 937 Jewish refugees was denied access to the U.S. and forced to return to Europe.

A third of the passengers died in the concentration camp at Auschwitz,but many survived and  ended up back in the U.S. The State Department publically apologized on Monday to survivors of the MS St. Louis and invited them to tell their stories.

“To the survivors of the MS St. Louis,on behalf of the president and secretary of state,I am honored to say what we should’ve said so long ago,welcome.”

Burns provided an account of lessons learned from turning the ship away. One in particular is that the country must “vigilantly fight against anti-semitism,not just Holocaust denial but all forms of anti-semitism.”

During the ceremony,survivors presented the ambassadors of four European countries with a proclamation of gratitude for accepting some of the ship’s passengers into their countries. They also also delivered a signed copy of Senate Resolution 111 to the Department of State Archives. The Resolution recognized June 6,2009,as the 70 th anniversary of the MS St. Louis’s return to Europe after its passengers were refused admittance to the United States.

She was 2 years old when the ship attempted to land in the U.S.

“In terms of the St. Louis,we who have come to the U.S. had to come to terms with what it would be like to enter a country that began by rejecting us. And I have accepted the fact that the government of 1939 was not the government of 1946 when I arrived here. Thank goodness eyes were opened,not completely,but somewhat and I was then allowed to come to the United States and establish my life and pursue my dreams,” Wiener said.

Leading up to this week’s event,the State Department reviewed what led to the decision to turn away the Jewish refugees. Decisions were made to block information,misrepresent what was going on and to effectively send a signal to the rest of the world that the extermination of Jews was OK,and they were expendable,Hannah Rosenthal said.

Rosenthal is the special envoy to monitor and combat anti-semitism for the U.S. State Department.

“This is the intersection of world history and U.S. history at a very dark chapter,and this was unfinished business that needed to be taken care of,” Rosenthal said.

On May 13,1939,the MS St. Louis set sail from Hamburg,Germany,for Havana. Among the 937 passengers,all but six were Jews fleeing Nazi Germany. Even though they had Cuba landing certificates,Cuban authorities refused to let them disembark.

With no assurance of a safe haven,the ship proceeded toward the lights of Miami. The U.S. Coast Guard patrolled the waters to make sure none of the passengers jumped overboard for freedom.  After being denied entry,the ship was able to dock in Antwerp,Belgium; Holland,France and the United Kingdom. By 1940,all of the passengers,except those who escaped to England,found themselves once again under Nazi rule.

Reach SHFWire reporter Kamrel Eppinger at kamrel.eppinger@shns.com or 202-326-9866. SHFWire stories are free to any news organization that gives the reporter a byline and credits the SHFWire.